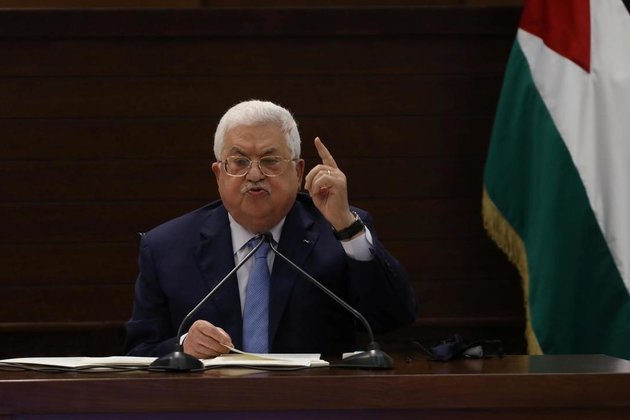 Palestinian President Abbas on his way to Germany for medical tests

Palestinian President Mahmud Abbas has travelled to Germany for "medical tests", sources within his office have announced. The president's departure comes less than two months before the first Palestinian elections in 15 years.

Abbas, who is 86-years-old, left the presidential compound in Ramallah in the occupied West Bank via helicopter for Jordan, from where he was due to fly to Germany for "routine medical tests". He is scheduled to return to the Palestinian Territories on Thursday.

During his German visit, Abbas is scheduled to meet German Chancellor Angela Merkel.

Palestinian legislative elections are scheduled for 22 May, with a presidential vote set for 31 July.

Abbas, who was elected president of the Palestinian Authority in the last vote in 2005 following the death of Yasser Arafat, has not yet declared whether he intends to run again.

His secular Fatah movement, which controls the West Bank, has submitted a list of candidates for the legislative polls.

Abbas, a heavy smoker, was hospitalised with pneumonia in 2018, fuelling speculation about a possible Palestinian succession plan.

In the legislative polls, Fatah is facing challenges from dissident factions including the Freedom list, led by a nephew of the late Arafat, Nasser al-Kidwa.

Freedom has been endorsed by Marwan Barghouti, a popular leader, described by his supporters as the Palestinian Mandela.

Barghouti is serving multiple life sentences in Israel for allegedly organising deadly attacks during the second Palestinian uprising from 2000-2005.

Abbas's former Gaza security chief, Mohammed Dahlan, who is currently in exile in Abu Dhabi, is also backing a list of challengers.

Former Palestinian prime minister Salam Fayyad, an ex-World Bank official with a track record of fighting corruption, is supporting his own group.

The Palestinian elections, the first in 15 years, follow an agreement on vote procedures between Fatah and the Hamas Islamist group which controls the Israeli-blockaded Gaza strip.