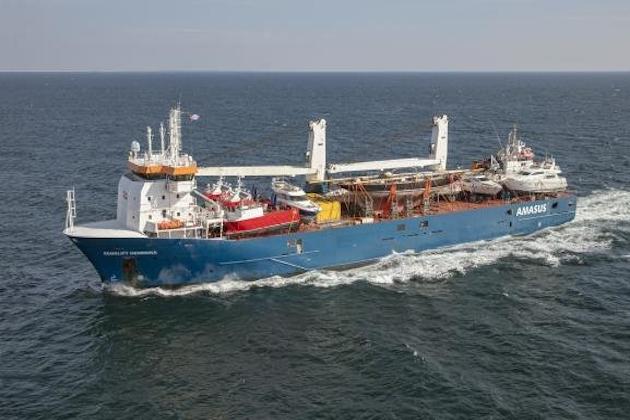 On Wednesday, its crew was evacuated by Norwegian forces.

Also on Wednesday, the Norwegian Coastal Administration said they had ordered a ship to the scene to inspect the Eemslift Hendrika, which is listing and afloat without engine power.

It has been located on the Norwegian Sea 130 kilometers off the city of Alesund.

According to the Norwegian Rescue Coordination Center, some of the ship's 12 crew members were rescued after jumping into the seas. The ship issued a distress call late Tuesday.

Officials later said they are working to determine how they might prevent the vessel from sinking, along with ensuring it does not crash into the coast.

"We are optimistic, but at the same time there are 15-meter high waves and strong winds. The weather conditions are extreme and the safety of personnel will always come first," emergency director Hannes-Petter Mortensholm at the Norwegian Coastal Administration told the media.

It was reported that the ship lost power to its main engines on Tuesday. Norwegian officials are concerned that if the ship sinks, it might release diesel and fuel oil into the sea.

Reports said the Eemslift Hendrika was built in 2015. There was no word on the cargo the ship was carrying.