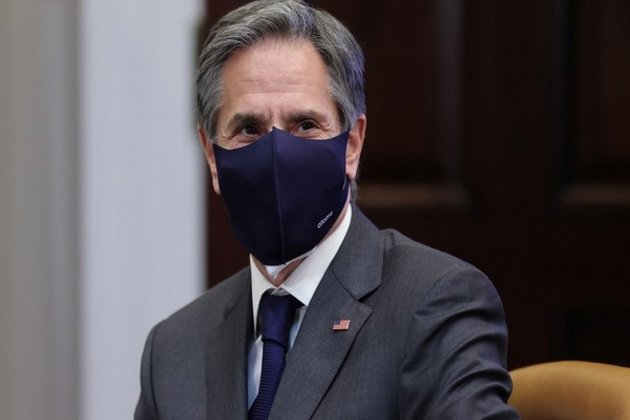 US restoring aid to Palestinians with USD 235 mln

Washington [US], April 8 (ANI): The US is planning to resume financial assistance to the Palestinian people with a USD 235 million package that includes funding for development in the West Bank and Gaza along with assistance for the UN refugee agency and peacebuilding programs, Secretary of State Antony Blinken said on Wednesday (local time).

"The United States is pleased to announce that, working with Congress, we plan to restart US economic, development, and humanitarian assistance for the Palestinian people," Blinken said in a statement released by the US Department of State.

Blinken stated that the USD 235 million financial aid includes USD 75 million in economic and development assistance in the West Bank and Gaza, USD 10 million for peacebuilding programs through the U.S. Agency for International Development (USAID), and USD 150 million in humanitarian assistance for the UN Relief and Works Agency (UNRWA).

"We are also resuming vital security assistance programs. All assistance will be provided consistent with US law. Economic assistance includes support for small and medium enterprises' recovery from the effects of Covid-19; support for needy households to access basic human needs, such as food and clean water; and assistance for Palestinian civil society," he added.

He announced that a portion of this funding will support the East Jerusalem Hospital Network, as it continues to provide necessary and life-saving treatments to Palestinians. This funding is in addition to the USD 15 million in humanitarian assistance to address the COVID-19 pandemic and food insecurity the United States announced in March.

According to Al Jazeera, the aid will mark Democratic President Joe Biden's most significant move since taking to office on January 20 to make good on his promise to roll back some components of his Republican predecessor's approach that Palestinians denounced as heavily biased in favour of Israel.

Biden also "affirmed that the United States supports a two-state solution to the Israeli-Palestinian conflict" during a phone call with King Abdullah II of Jordan, according to The White House.

The top US diplomat also said: "The United States is resuming support for UNRWA's services, including education for over 500,000 Palestinian boys and girls, thereby providing hope and stability in UNRWA's five fields of operation in Lebanon, Jordan, Syria and the West Bank and Gaza Strip. Funding to UNRWA also provides critical COVID-19 assistance, including healthcare, medicine, and medical supplies, as well as cash and food assistance to families severely impacted by COVID-19.""The United States is deeply committed to ensuring that our partnership with UNRWA promotes neutrality, accountability, and transparency. As with all of our engagements with UN institutions, the United States needs to be at the table to ensure that the reforms advance efficiencies and are in accord with our interests and values.

Al Jazeera further reported that the Trump administration blocked nearly all aid after it severed ties with the Palestinian Authority in 2018. The move was widely seen as an attempt to force the Palestinians to negotiate with Israel on terms the Palestinian leadership branded as an effort to deny them a viable state.

The cuts came after Palestinian leaders decided to boycott the Trump administration's peace efforts for its decision to recognise Jerusalem as the capital of Israel and move the US embassy there from Tel Aviv, upending decades of US policy.

The United Nations welcomed the plan to restart UNRWA funding. "There were a number of countries that had greatly reduced to halted contributions to UNRWA. We hope that the American decision will lead others to rejoin ... as UNRWA donors," UN spokesman Stephane Dujarric told reporters, as quoted by Al Jazeera. (ANI)