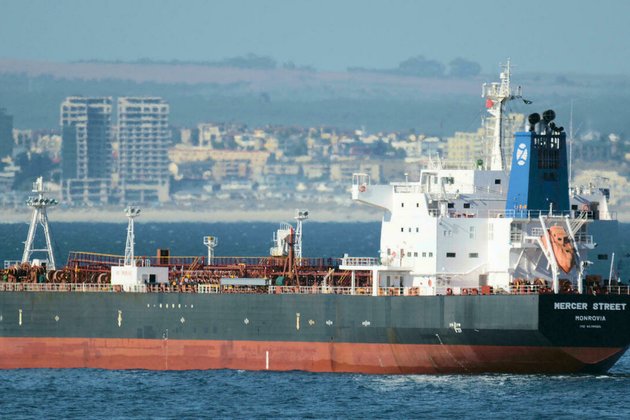 Iran warns against any action over attack on Israeli-managed tanker

Iran on Monday vowed to respond to any "adventurism", its foreign ministry said, after the US and Britain joined Israel in blaming Tehran for a deadly tanker attack, claims Iran denies.

Iran "will not hesitate to protect its security and national interests, and will immediately and decisively respond to any possible adventurism", spokesman Saeed Khatibzadeh said in a statement.

Khatibzadeh "strongly regretted the baseless accusations made by the British Foreign Secretary against the Islamic Republic of Iran, which were repeated by the US Secretary of State in the same context and contained contradictory, false and provocative accusations", the statement added.

(FRANCE 24 with AFP and REUTERS)

Industry-Academia-Government collaboration is need of hour

IRGC to Set Up Robotic Divisions

INT celebrates stepping in to 25th year of achievement

EU Mulls How to Deal with Taliban

Naqvi slams Kejriwal, says he is selling dreams to people

APSEZ has no policing authority over cargo at ports

Industry-Academia-Government collaboration is need of hour

INT celebrates stepping in to 25th year of achievement

IRGC to Set Up Robotic Divisions

EU Mulls How to Deal with Taliban

Holding up a mirror to the Jewish people - where do we go from here? - The Jerusalem Post

Egyptian rights abuses cause U.S. to withhold some military aid

Sanctions are US way of war, Iranian President at UN

Luis Severino returns to action as Yanks down Rangers

France backed by Europe over ditching by Australia for U.S. and UK

Trudeau over the line but fails to gain majority

Upcoming UN meeting to be closed to unvaccinated world leaders